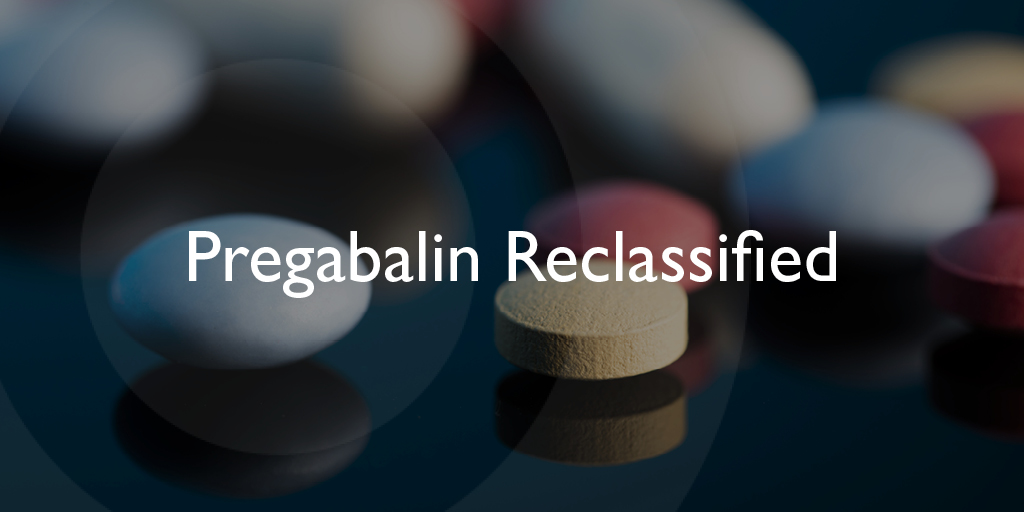 Pregabalin, also known by its brand name Lyrica, has been reclassified in the UK as a class C drug.
Pregabalin is an anti-epileptic drug that is also used to relieve chronic pain. In 2017 the prescription drug was linked to 33 deaths in Northern Ireland (NI), where the prescription rate for the drug is highest in the UK. It is illegal to have class C drugs without a prescription and illegal to supply or sell them to others. Stronger controls are also being brought in to ensure accountability and minimise the chances of pregabalin falling into the wrong hands or being stockpiled by patients.

Deaths relating to pregabalin is on the rise and in 2016 eight deaths were related to its misuse, rising to 33 the following year. In 2016, The Advisory Council for the Misuse of Drugs made a recommendation to reclassify the drug in a letter to ministers, citing warnings from the Health and Social Care Board, which highlights “significant misuse and abuse” of pregabalin.

In Northern Ireland, there is a growing illicit market for pregabalin, with many users purchasing it online from unregulated websites. It is understood that Lyrica has been steadily coming into Northern Ireland for a number of years, with packages being intercepted by the National Crime Agency and the UK Border Agency at airports in England every week.
Although pregabalin is a prescription drug, largely it is not being prescribed through community pharmacies. It is illicitly bought or sold and supplied through the internet and is often mixed with other drugs.

At Randox Toxicology, through our very own patented Biochip Array Technology, we are able to test for multiple drug analytes from a single drug sample and across multiple matrices. Our DoA MultiSTAT Whole Blood drug panel enables simultaneous multianalyte testing for a range of drugs and drug metabolites including pregabalin.