Security Minister Ben Wallace, has said that the UK “is fast becoming the biggest consumer of cocaine in Europe”. The middle class are seen to be using more cocaine than others, according to Metropolitan Police Commissioner Cressida Dick and they are fuelling crime. The argument is that ‘middle-class’ users fail to recognise a link between the drug and violent crime in the UK. London Mayor Sadiq Khan has stated that “There are some Londoners who think it is a victimless crime, taking cocaine at ‘middle-class parties’.”

Traditional ideas of class are not easy to define when it comes to looking at which social groups take drugs. But it is possible to look at income, education, occupation and area deprivation through crime surveys. Data suggests that cocaine use does seem to be particularly widespread among those who might be considered middle class. 3.4% of people in households with an income of £50,000 or more reported using cocaine in 2017, compared with 2% of those in households with an income of less than £10,000 and 2.1% of those in middle income homes of £20,000 to £30,000. In areas described as “cosmopolitan” by the Office for National Statistics (ONS), 5.8% of people use cocaine, compared with 2.6% in areas described as “hard-pressed living”.

Using our revolutionary Biochip Array Technology, the Evidence MultiSTAT is an automated analyser that enables detection of a wide variety of multiple drug groups and provides simultaneous on-site screening with our CE marked urine and blood panels. As minimal sample preparation is required, qualitative results can be provided in less than 20 minutes, offering an efficient and accurate toxicology screen. 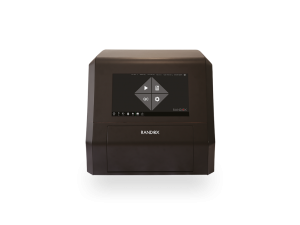